An excellent way to shrink your page sizes and speed up your WordPress site is to compress your files. Since the 90s, Gzip has been the golden standard for web file compression.

When it comes to Gzip vs. Brotli compression for your WordPress website, which compression should you be applying?
What does that comparison even mean? Or is either compression method excellent? Let’s find out!

Along with comparing both methods, we also show you how to use both Gzip and Brotli compression on your WordPress site.

Brotli vs. Gzip Compression: The Differences

Both Gzip and Brotli are techniques to compress your website’s files. Brotli and Gzip are similar for their core purpose.

Of course, the difference is how they both go about compressing your site and how efficient they are.

Let us cover the basics of Brotli and Gzip first. Then we can compare performance benchmarks.

Get access to our vibrant CDN for FREE and have a blazing fast website next to your customers; wherever they live.
In India, we have PoPs in Bangalore, Chennai, Mumbai, and New Delhi.

Gzip was released on 31 October 1992. Jean-Loup Gailly and Mark Adler created the program and intended for use by GNU. Thus the name GNUzip or Gzip is short.

Since the 90s, Gzip has been the predominant format for web compression. Even today, it retains that position.

DEFLATE algorithm is the base of Gzip compression.

Gzip has different compressions, though we refer to it as a single compression tool.

All major browsers support Gzip. And most web hosting providers, including Rovity, support Gzip out of the box. However, we favor Brotli over Gzip due to its performance gain. More on that below.

Brotli is much younger than Gzip. Software engineers from Google released Brotli on 15 October 2013. Until 2015 it didn’t focus on HTTP compression.

It took some time for adoption. All major web browsers supported Brotli in 2022.

All good, let us ask the big question. Brotli vs. Gzip compression – which produces better?

Here, let us see some public benchmark tests. Before we drill down to the data, knowing multiple parts of web performance and compression is essential.

Compression Ratio – this is how significant the file size savings are. A two MB file compressed to one MB is an example.

Let Us Take a Look at the Data

Let us take a look at the content-delivery giant Akamai’s benchmark. Akamai listed the top 1,000 URLs. Then downloaded the HTML, CSS, and JavaScript files from the URLs.

Akamai compressed those files with both Gzip and Brotli methods. Here are their benchmark results.

Median Brotli Improvement Over Gzip is 21%

Median Brotli Improvement Over Gzip is 14%

Median Brotli Improvement Over Gzip is 17%

But the better result of compression is more than just smaller file sizes.

If you can tweak the Brotli settings a little bit, the compression speeds can surpass Gzip rates. At the same time, Brotli provides some significant compression. Akamai concludes their report.

OpenCPU also ran its benchmarks. In terms of the compression ratio, Brotli was superior. At on-the-fly compression, Gzip was much faster. However, it is unclear how much they tweaked Gzip settings.

Does the Difference Matter?

The research data is specific that Brotli offers a better compression ratio than Gzip. Brotli compresses our website more than Gzip.

However, remember that it is not just about the compression ratio.

It is also about how long it takes to compress and decompress data. There, the difference is not quite as pronounced.

Overall the data suggest that:

If you work around the Brotli settings, you can get compression speeds competing with Gzip. You can also benefit from a better compression ratio.

Are you an ordinary WordPress user? If yes, I don’t think the Gzip vs. Brotli debate is something you need to worry about much. Thus you don’t need to invest your time heavily on thinking about both of them.

Yeah, it is essential to use some compression. But for an average WordPress website, you don’t need to stress whether you are using Brotli or Gzip.

On WordPress, Gzip compression is much easier to use. Because Gzip is almost universally used, it is a great place to start for most WordPress users. Gzip gets your site the benefits of compression effortlessly.

How to Compress Websites With Gzip?

Suppose you are hosted with Rovity or using CDN like Cloudflare. In that case, your site is already benefiting from Gzip compression.

Gzip also enables popular cache plugins like WP Rocket and LiteSpeed out of the box.

Rovity, Cloudflare, or WP Rocket – all of them activate the Gzip compression automatically. You don’t need to take any manual actions at all.

You don’t need to take any manual actions at all.

How to Enable Gzip Compression on WordPress?

Most WordPress performance and caching plugins include Gzip as part of their core feature.

So that means you don’t need to install any separate plugin to enable Gzip compression for your WordPress website.

How to Test Gzip Compression?

We have a simple way.

How to Use Brotli Compression on WordPress?

Almost every single host supports Gzip out of the box. It is hard to find a WordPress host that supports Brotli on shared or managed plans.

If your website is hosted on Rovity’s NVMe SSD-powered premium servers, then you are good with Brotli. We have enabled Brotli and Gzip by default for your site. We prioritize Brotli over Gzip to help you get better performance.

Aren’t your sites hosted with Rovity? Ah, I feel that pain, and you don’t feel lost. Luckily, there is another option that works well for all websites.

You can enable Brotli compression with the click of a button if you use the Cloudflare CDN service.

To activate Brotli, go to the Speed Tab. And click on Optimisation.

You can toggle On or Off here. Again, if your website is hosted with Rovity, you may not need this setting to enable it.

How to Test Brotli Compression?

Well, have you connected your WordPress site to Cloudflare and enabled Brotli compression?

See the easy way to test if Brotli is working. Head over to KeyCDN’s Brotli test tool. And analyze your domain here.

Brotli vs. Gzip: Pick the One That’s Best for You

Both Gzip and Brotli help you compress your website’s files. Gzip is the older and more prominent of the two. Brotli is newer but picking up slowly.

Brotli seems to outperform Gzip in some benchmarks, primarily when working around its configuration. For most WordPress users, Gzip is a better starting point.

What is your preferred compression mode? Let me know in the comments below.

If you enjoyed this tutorial, then you’ll love Rovity, and our fast-growing premium shared hosting on the cloud. Check out our subscription plans. 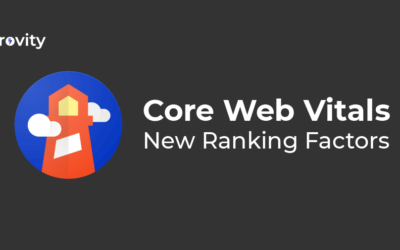 Core Web Vitals for WordPress: Know Everything About It

END_OF_DOCUMENT_TOKEN_TO_BE_REPLACED 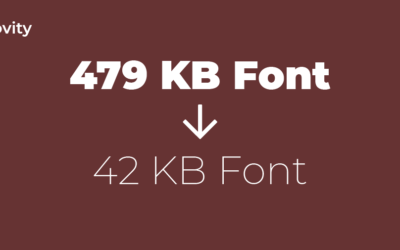 How We Reduced Our Web Font File Size 1040x Smaller

This post will explain to you how I saved 437 KB of my web font files. That is 1040x lighter than before. You can also dramatically reduce the file size of your fonts with a less than 5 minutes workaround. I will explain it step by step. Table Of...

END_OF_DOCUMENT_TOKEN_TO_BE_REPLACED

What is HTTP/2? The Ultimate Guide

In this in-depth guide, I will explain the HTTP/2. HTTP or HyperText Transfer Protocol is a simple application-layer protocol that forms the World Wide Web Foundation. HTTP enables the retrieval of network-connected resources available across the internet. HTTP has...