Are you familiar with SSD hosting technology?

Businesses have become more reliable with online consumption through their websites and in entering technology-based products and services.

Due to this new consumption model, an online presence is becoming more critical.

Despite this, the accessibility of information depends on the tools and partnerships that come with it.

SSD hosting is best for digital strategy since it keeps data access stable and fast.

We will provide relevant information about SSD technology in this article so you can choose the option most beneficial for you based on your requirements.

SSD and HDD are storage technologies. But the writing, reading, and processing of data take place differently.

Those specificities influence the choice of the best model.

The HDD is a non-volatile storage device. Even if the power supply is not available, we can still retrieve the stored data.

Therefore, it is an integral part of notebooks, desktops, and servers.

The physical part of a hard disk, known as a platter, is made of ceramic, aluminum, or glass disks and covered with a thin magnetic film.

There is an axis in the center of the disk so that the component turns at high speed.

The magnetic film is located at a nanometer distance from the mechanical arm, whose head is composed of magnets. This results in the reading and recording of data.

SSDs are integrated circuits, not disks.

It is quiet and faster than the hard disk since it does not have moving components.

SSDs store data in non-volatile flash memory. Due to its compact size, it is the model of choice for making smartphones and tablets.

Some SSDs use RAM or semiconductor memory to store data.

If information is required to be kept even after the system is turned off, then a design that provides for volatile memory should never be selected.

The controller of the flash memory cell communicates with the computer, where the electric load is applied.

The data is stored in the floating gate, which remains unchanged while a new load is not activated so that the data can be read many times in the same way.

Each Technology Has Pros and Cons

We will describe these advantages and disadvantages of mobile devices, computers, and other IT assets.

Additionally, we will include data processing and storage infrastructures, such as servers and data centers.

SSDs are an improvement over hard disks.

The mechanical components have been removed; thus, SSDs are quieter, smaller, and lighter.

The main advantage of SSDs is speed.

Because SSD adds data digitally, at any moment, fragmentation is unnecessary. And reading information from anywhere in memory is possible.

The performance is ten times greater on SSDs than on HDDs without compromising power consumption.

Some models store more data, like the TLC (Triple-level cells), which holds three bits per cell. In this aspect, the HD remains greater.

Unlike HDD, a drawback of SSD flash memory is that it has a limited number of recordings.

With the TRIM feature and abrasion leveling, an SSD is expected to last longer than the installed system.

Now you know why SSDs are the most promising technology for servers and data centers in particular.

We will discuss some benefits related to that application below.

Data loss is unlikely to impact since the SSD is more resistant due to the lack of small physical and mechanical components.

Furthermore, the chances of failure are lower.

Therefore, the most frequently requested files should always be saved in the SSD model because it is safer.

Usually, files can be restored unless they have been overwritten or have been incorrectly formatted.

As we said, SSD technology’s significant advantage is speed.

That is a distinct difference in how data is accessed on sites, making it an excellent benefit for pages that perform many requests to the server and database.

Its speed of rotation determines a hard disk’s performance.

In servers, the rotation rate can reach 15,000 per minute, enabling data to be accessed within 20 milliseconds of a user requesting it.

SSD reduces this value to 0.2 milliseconds.

Moreover, the SSD model can also perform well at warmer temperatures (up to about 70°C).

This performance is related to the database.

Even with the need for simultaneous processing of several kinds of data, SSD hosting doesn’t tend to slow down compared to HDD hosting.

That also helps organize the database, which contributes to system performance.

HDDs have a long lifespan, but they last shorter than SSDs due to their physical mechanism that supports only a certain number of rotations. Once that number is reached, the HDD might fail.

SSDs use flash memory, so they prevent failures that may result in permanent data loss.

Uptime means how long the site has been online.

SSD models take advantage of this feature since they have an increased data reading rate.

For sites with high traffic, that is a significant differential.

HDD may not support many requests; consequently, the application will not run smoothly.

This downtime will pose a considerable threat to the brand’s credibility, particularly in the case of e-commerces.

SSDs have a lower power consumption because they are lighter, which can be problematic for server systems.

Whenever we talk about experience, the first thing we think about is the access speed.

That affects the credibility of the company among its users and its SEO strategy. This experience will impact search results and brand visibility.

If your site loads too slowly, the user can become frustrated and stop using it. This behavior hurts the page’s rankings in search engines.

With the Digital Transformation, users require a high volume of data, and enhanced site performance is a significant differentiator.

SSD hosting is crucial for maintaining the website’s availability, the trust of customers, and the brand’s credibility.

At Rovity, all our servers are SSDs; this will make sure you get a higher speed to your website.

Premium WordPress Hosting on the Cloud

Come and experience the power of premium NVMe SSD servers in the cloud.

What Is WebP? A Beginner’s Guide

Many websites are starting to adopt a new image format called WebP. What is WebP, and why is it a better image format than alternatives? If you're looking for a high-quality image format that takes up less space than JPEG or PNG, WebP is worth checking out. Developed...

END_OF_DOCUMENT_TOKEN_TO_BE_REPLACED 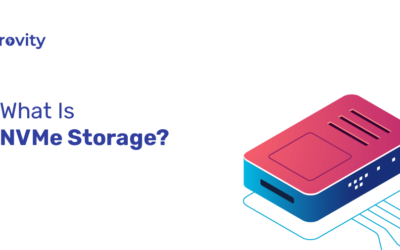 What Is NVMe Storage? Getting to Know the New Industry Standard

As solid-state drives (SSDs) become more popular, consumer mechanical hard disk drives (HDDs) are outdated. One of the key benefits of an SSD is that it stores data inside flash-memory chips, even when there is no power running. This means your device will boot...

END_OF_DOCUMENT_TOKEN_TO_BE_REPLACED 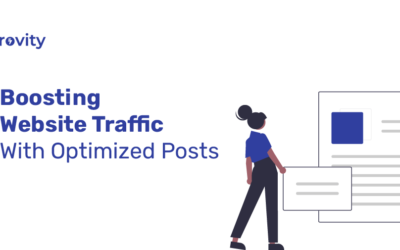 You may already know that regularly publishing new content is one of the most important things to improve your SEO and drive blog traffic. But what you may not realize is that updating old content is just as crucial. All too often, businesses publish a great article...