What Is NVMe Storage? Getting to Know the New Industry Standard

As solid-state drives (SSDs) become more popular, consumer mechanical hard disk drives (HDDs) are outdated. One of the key benefits of an SSD is that it stores data inside flash-memory chips, even when there is no power running.

This means your device will boot faster, apps will launch more quickly, and speedier data transfers.

Since the early 2000s, SATA drivers have connected storage systems and computers through host controllers like the Advanced Host Controller Interface (AHCI). SATA has been used in numerous laptops, desktop computers, and servers. However, SATA suffers from bottlenecks and is too slow when processing large data projects.

To speed up your storage, using Non-Volatile Memory Express (NVMe) may be the solution for you. NVMe is a modern storage interface and transfer protocol that offers the highest throughput and fastest response times, thanks to the Peripheral Component Interconnect Express (PCIe) bus.

To take advantage of NVMe, your SSDs will need to use an NVMe controller chip.

If you’re curious about NVMe, or just want to learn more about it, this article is for you. We’ll explore how NVMe works and its features and compare it to SATA SSDs.

Suppose you’re looking for a storage interface that offers superior data transfer speeds and efficiency. In that case, NVMe is definitely the way to go. This protocol is designed explicitly for PCIe-based SSDs, so you can be sure your storage will run at its best.

NVMe: How Does It Work?

At first, we used SATA to connect hard drives in storage systems. But when SSDs started becoming more popular, it became simpler to switch from HDD to SSD in computing environments.

However, SATA has some downsides, such as limited speeds and low bandwidth making large data transfers difficult. Additionally, each SATA drive needs its own port on the motherboard, limiting the number of storage systems connected.

NVMe was developed to improve the SATA interface, which had limitations in quickly reading and writing large amounts of data. NVMe uses the PCIe bus to speed up data transfers, making it an excellent choice for high-performance storage systems.

NVMe technology allows SSDs to connect directly to the CPU via the PCIe bus, transferring data at high speeds. A single generation 4 PCIe lane provides transfer rates of up to 2,000 MB/s data, with NVMe SSDs using up to four of them.

For comparison, SATA only has one lane that can transfer up to 600 MB/s.

SSDs With NVMe vs. SSDs With SATA

The SATA interface uses AHCI drivers, while NVMe is explicitly designed for SSDs using flash storage technology. In other words, it is faster and offers optimized performance.

SATA communicates with the SATA controller before connecting to the system CPU. In contrast, the NVMe standard connects the SSD directly to the CPU without any controllers.

That’s a lot more queues and commands per queue! Whoa! This gives you the power to get more done at once!

The NVMe technology ensures that your CPU can manage queues more efficiently, thanks to the high performance of the I/O processing doorbell signaling. This reduces CPU overhead and leads to reduced CPU cycles. In comparison, SATA SSDs produce high CPU cycles in the I/O processing area.

With NVMe technology, you can enjoy reduced latency thanks to the shortened and optimized data path compared to SATA SSDs. In fact, NVMe SSDs offer latencies of around 2.8 microseconds – nearly 3x times faster than SATA SSDs! SATA SSDs have about 6 microseconds of latency.

You can commonly find them in data centers, high-end laptops, and pre-built desktop computers.

How to Turbocharge Your WordPress Site in 4 Easy Steps

You tried all those expensive WordPress caching plugins and subscribed to highly-priced managed WordPress or managed VPS services. Still, you can’t see your WordPress website loading within a few milliseconds? Have you lost all hope?

I have written How to Turbocharge Your WordPress Site in 4 Easy Steps guide to help you cut down your hosting subscription cost and make your WordPress website fly like a rocket.

Take these 4 easy steps and boost your WordPress website performance that it deserves. Then cut down on your hosting costs and see your SEO skyrocket.

Are you looking for a storage solution that delivers incredible performance? If so, you’ll want to consider an NVMe SSD. These drives offer significantly faster speeds than SATA SSDs, making them the perfect choice for data-intensive tasks like gaming and video editing.

However, they come at a cost – NVMe SSDs are more expensive than SATA SSDs. But don’t let that stop you – the improved performance is well worth the investment!

Price-wise, NVMe SSDs are more expensive than SATA SSDs. However, the performance you’ll get from an NVMe drive is well worth the extra cost. For example, 1 TB of storage on a SATA drive might cost around $100–$130, but you can find NVMe drives for as low as $129 – $200.

So if you’re looking for the best possible performance and don’t mind spending a little extra, go with an NVMe SSD.

The NVMe technology is still being improved every day, with new features and specifications being added all the time. When it was first introduced, only four different NVMe form factors were available – U.2, M2, Add-in Card (AIC), and Enterprise & Data Center Form Factor (EDSFF).

Thanks to the hard work of developers and engineers worldwide, that number has now grown to include even more options!

The NVMe form factors are perfect for PCIe-based SSDs, quickly becoming an industry standard. NVMe drives are ideal for any system with fast speeds and small sizes.

NVMe is a breakthrough technology that has surpassed SATA in terms of performance. NVMe offers faster transfer speeds and lower latency, alongside other benefits. Utilizing PCIe data lanes, the storage device can communicate directly with the CPU, improving performance.

To get the most out of your NVMe SSDs, use them for real-time application deployment, data analytics, artificial intelligence, and machine learning. These applications can take advantage of the incredible speed and performance that NVMe SSDs offer.

At Rovity, we believe in providing the best possible service to our clients. That’s why we’re using premium NVMe SSDs to store your website data on the cloud. This will help your WordPress website load incredibly faster – perfect for busy online businesses! Even if we offer such premium luxurious features, our pricing is very affordable.

So don’t wait any longer. Sign up today and experience the difference Rovity makes!

What Is WebP? A Beginner’s Guide

Many websites are starting to adopt a new image format called WebP. What is WebP, and why is it a better image format than alternatives? If you're looking for a high-quality image format that takes up less space than JPEG or PNG, WebP is worth checking out. Developed...

END_OF_DOCUMENT_TOKEN_TO_BE_REPLACED

You may already know that regularly publishing new content is one of the most important things to improve your SEO and drive blog traffic. But what you may not realize is that updating old content is just as crucial. All too often, businesses publish a great article...

END_OF_DOCUMENT_TOKEN_TO_BE_REPLACED 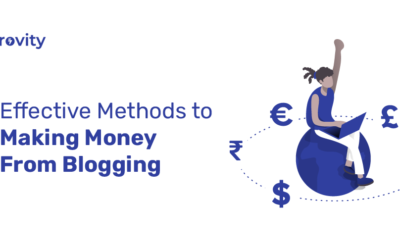 By using content, you can make a lot of money online. All you have to do is follow your passion and share your expertise with the world. All thanks to the growing content creator economy and robust tools like WordPress. However, suppose you are a beginner and just...